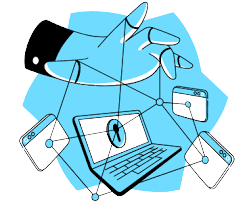 What Is A Private Blog Network?

A Private Blog Network, usually abbreviated to PBN , is a network of sites or blogs that a person has created for a variety of purposes, but most commonly because the owner wishes to rank highly in search engine results (or be able to influence them).

Reasons To Use A Private Blog Network

There are many reasons why someone doing off page SEO would want to use a PBN, including some that are completely valid.

The following is an (incomplete) list of the most common reasons people set up private blog networks:

In some cases, yes, a PBN can definitely be used safely.

However, in most situations, a PBN will always have a negative effect on a site’s rankings – at least for a short while.

Ultimately, the only time it is ever safe to use a PBN is when you are the only person who knows that that particular network exists and that you’ve created all of its backlinks yourself.

Generally speaking though , our SEO Toronto and New York SEO team thinks anything other than this means that your site is at risk from being penalised by Google .

That said though , Google do not seem to apply large updates specifically on private blog networks on any kind of regular basis (as they would with spammy links) and so there may still be some room for PBN’s to be used safely .